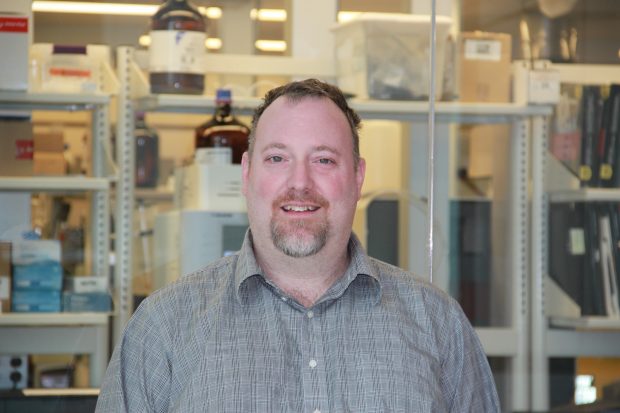 Read more • Comments Off on Some Recent Funding News… 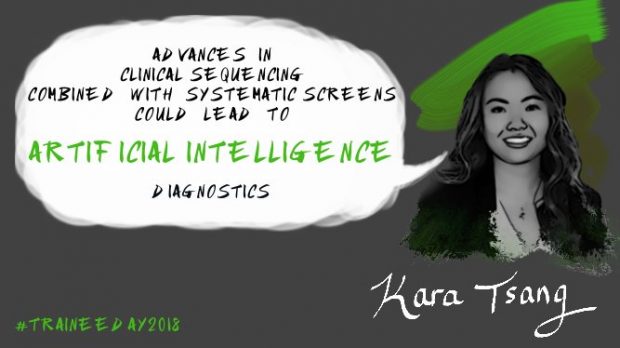 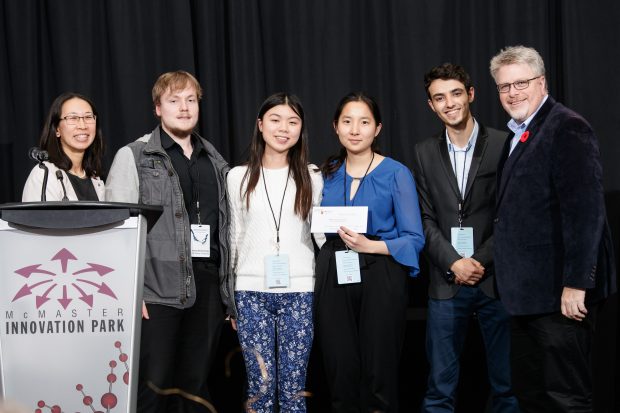 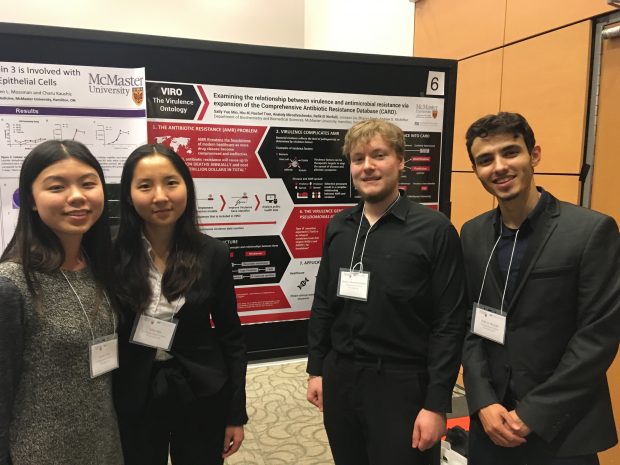 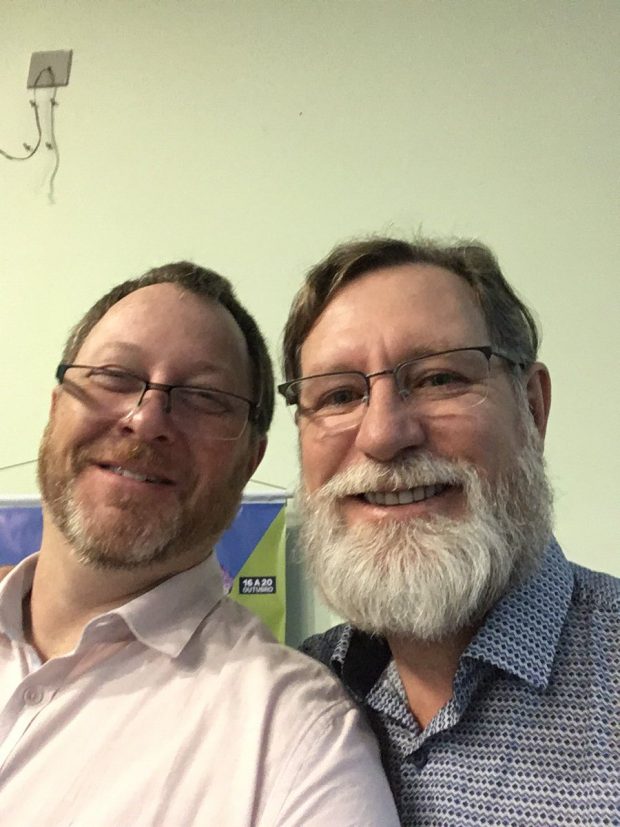 Some invitations are more special than others. Dr. Peixoto da Cruz and I went to graduate school together in British Columbia (a long time ago!) and while we have since lived in different hemispheres, the bond remains strong. It was great to visit PUG Goiás and learn about Peixoto’s impressive training program in genetic screening and counselling, plus talk about our AMR surveillance efforts.

Abstract: Metagenomics, the direct sequencing of the mixture of genomes present in a sample, is an increasingly common workflow within the life sciences. It is frequently used to investigate previously intractable problems such as the functional characterisation of entire microbial environments. One such use-case of global and national public-health importance is analysing the nature and transmission dynamics of antimicrobial resistance (AMR) determinants in human, agri-food and environmental samples. Recently some tools have been developed to profile AMR from metagenomes, however, these are generally limited to profiling at the level of AMR genes clustered by % sequence identity, which may or may not be biologically meaningful. By exploiting the expertly curated ontological structure of the Comprehensive Antibiotic Resistance Database (CARD) and new CARD Prevalence datasets, we have developed an approach using a hierarchical set of machine learning classifiers. This allows us to produce gene-specific AMR profiles to 2386 determinants as well as profiles for higher order, biologically informed, AMR gene family groups. Firstly, DIAMOND based heuristically accelerated homology searches are used to filter out non-AMR related metagenomic reads. This filtering has been optimised to prioritise minimisation of false negatives over minimising false positives. Features generated from these homology searches as well as sequence features are then used to train a random forest classifier to classify filtered reads into one of 227 CARD AMR gene families (e.g. MCR phosphoethanolamine transferase). For each gene family an additional random forest classifier is trained to classify reads into one of the specific AMR determinants belonging to that family (e.g. MCR-1, MCR-2, MCR-3 etc.). This process involves very little computational overhead when classifying beyond the initial homology search. On a fully held out test-set of MiSeq reads simulated from the CARD canonical gene sequences this method resulted in an average precision and recall of 0.993 and 0.987 at the AMR gene family level. Within the 227 AMR families, 70% (158) had an average F1-score greater than 0.99 for classification to specific AMR determinants. A further 10% (24) averaged F1-scores between 0.8 and 0.99. In comparative analyses on the same dataset this outperformed homology searches alone, read mapping and variation graph based methods in terms of average overall accuracy and precision. Further work will aim to improve classification within certain families and expand AMRtime to include variant based AMR models as well as meta-models (e.g. multi-component efflux pump systems). 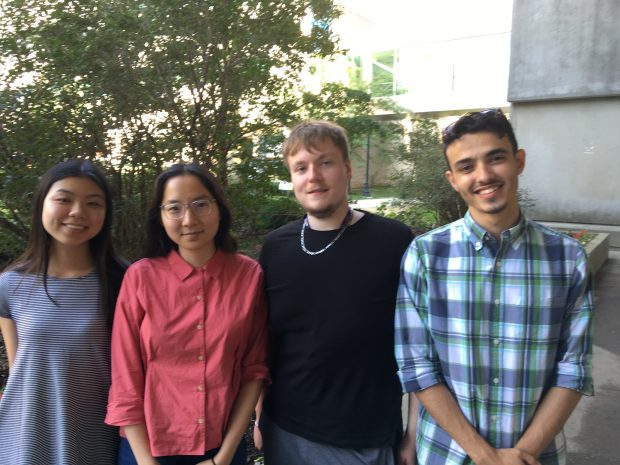 Welcome #TeamVirulence, left to right: Rachel Tran (Biochem 3R06), Sally Min (BiomedDC 4A15), Anatoly Miroshnichencko (BiomedDC 4A15), and Rafik El Werfalli (BiomedDC 4A15), who are collectively working on development of CARD:Virulence, a new branch of the Comprehensive Antibiotic Resistance Database dedicated to the molecular surveillance of bacterial virulence factors. 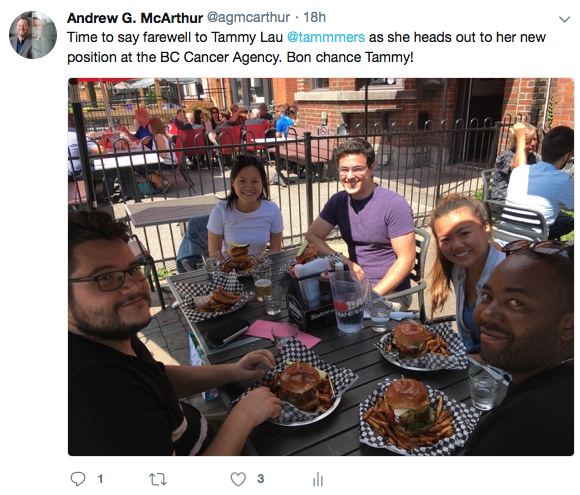 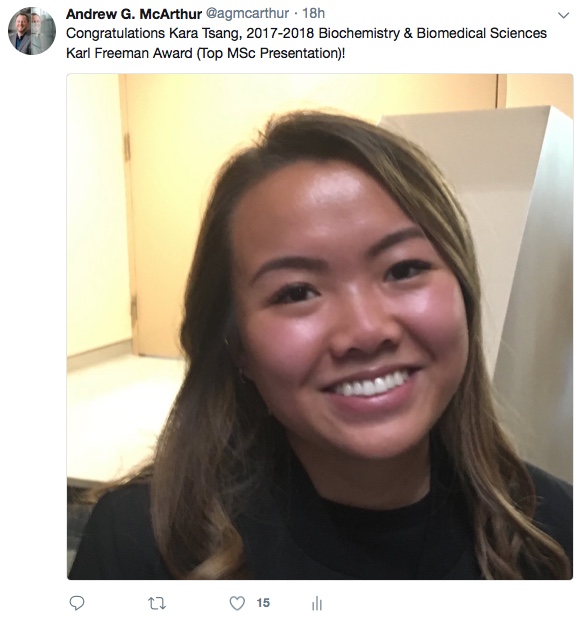 By agmcarthur in lab members